My husband and I are new subscribers to Arion Press. We signed up for a subscription after taking a tour of the Press and Mackenzie & Harris Typefoundry earlier this year.  I would recommend that any Bay Area bibliophiles and/or those interested in local history take the time to arrange for a tour of the Press. I was familiar with the history of the Grabhorn Press from some of my rare book school courses, and professors from those classes had recommended taking a tour of the Arion Press. 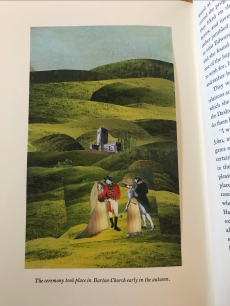 This is the limited edition print of Sense and Sensibility from Arion Press.

The limited edition books are delightful, high-quality, fine press books. They are also very readable books, not just collectibles to stick on the shelf. My husband picked up Einstein’s Theory of Relativity and read it in a few weeks. I was excited to acquire a copy of Shirley Jackson’s The Sundial. We recently received our copy of Philip Roth’s Exit Ghost. Earlier in the summer we had received a letter from the Press saying that Roth was going to sign the limited editions. However, he died shortly after we received that notice and our copy came a few months ago, unsigned, but a treasure nonetheless. Visiting Arion Press to take a tour added that extra level of appreciation to the limited edition books when we receive them in the mail.

Our Arion Press tour was informative and the guide answered all our questions. However, we did not cover all of the processes that I would have like to have seen. Then again, I may have been more educated in the field than others in our tour group and may have wanted a bit more. For example, I would have loved to have seen the linotype in action, but it was not in operation that day and no one was there to show us how it worked. I supplemented by finding a video of the late Anthony Bourdain taking a tour of Arion Press where he is shown this process. Maybe we could request a private tour one day that would include more demonstrations. I plan on making a trip back for type when I get to that stage in development of my own press.

Aside from the press room where they had finishing setting the type for the limited edition of Sense and Sensibility, I most enjoyed the book bindery. The equipment in that room was familiar and welcoming to me. My hands itched to get back to working on books. I wished I had the time to volunteer in the bindery just to work again with my hands and to learn from their binders.

It was interesting to see how the bookbinders at the press had streamlined some of the binding process for the limited edition books. I had never seen a sewing machine before and had assumed that the books were all hand sewn on a sewing cradle. I have also never seen the process for folding and assembling full sheets off the press into a text block. That was also very different than the folding of signatures for a simple, blank page bound book.

The book cloth used for Sense and Sensibility was a green silk with floral patterns. It is a book cloth I know well because I still have a roll of it in my studio.  I ordered it from Talas over ten years ago and have not used it up. I found it amusing to see the same material ten years later, across the country being used for a limited edition binding at a private press.

It was exciting to see a fine press in action, and I felt grateful to Mr. Hoyem and the people who work there and continue on in the trade in spite of the market forces that no doubt increasingly challenge them. Here is a good article from the SF Chronicle about the Arion Press from last year when they had released Sense and Sensibility. Here photos of a fascinating Arion Press edition of Eugene Onegin by Pushkin, translated by Nabokov. 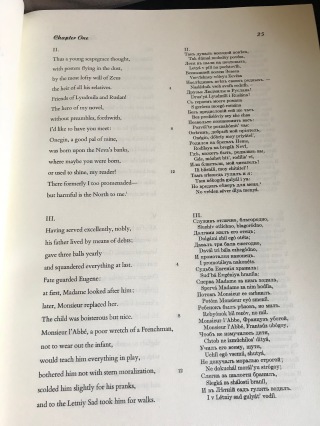 Here is the video of the late Anthony Bourdain taking a tour of Arion Press. They have posted more videos of their work on their website which look like valuable resources for anyone interested in seeing a press and typefoundry in action.

Here are more photos from the tour of M & H Typefoundry. 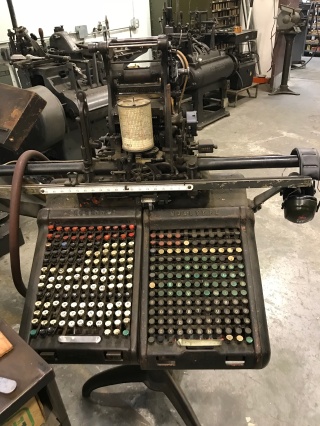